Our capacity for energy efficiency is much greater than climate models assume, according to an editorial published in the peer-reviewed journal Environmental Research Letters.

Energy expert Amory Lovins, co-founder and chief scientist of Rocky Mountain Institute, says that the potential for energy efficiency has been massively understated, and its cost overstated, by analysing individual components and systems rather than whole buildings, vehicles and factories. This overlooks valuable ways to help the parts work together to save more energy at lower cost.

Current thinking on climate change suggests that we need to use energy at least 3% more productively each year in order to stay below 2 degrees of global warming. Lovins argues that, in both newbuild and retrofit applications, the world's ability to sustain such rapid savings is far greater than previously thought.

While the cost of renewable energy has fallen significantly in the past decade, energy efficiency had been assumed to cost more as the cheapest methods are exhausted. However, this widespread assumption was based on economic theory not engineering practice.

"In the same way that no one expected the cost of solar and wind to plummet, driving faster adoption that cuts their cost further," Lovins said, "we have overlooked the ability of modern energy efficiency to do the same thing."

The paper, titled 'How Big Is the Energy Efficiency Resource?', highlights the importance of "integrative design" in achieving the full potential for saving energy, emissions and money.

"Integrative design makes bigger savings cost less because it doesn't add stuff; it leaves stuff out," Lovins explained. "It designs energy-using systems not as isolated components but as a whole, so the parts work together to create bigger savings than the sum of the parts."

Lovins claims that the impact of energy savings is currently three times that of renewables.

"Both are vital; both reinforce each other; but it is the sum of both parts that matters for climate. Renewables, however, get nearly all the headlines, because unused energy is invisible."

To find out more about energy management solution, visit this site http://www.konsys-international.com/energy-management-software-case-studies 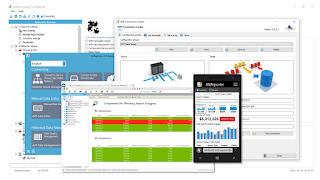 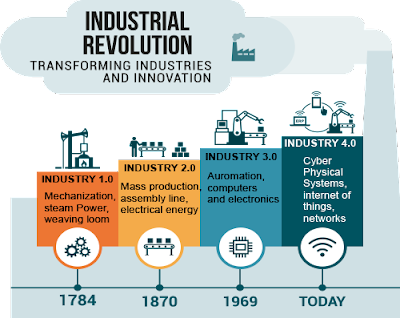 Across the globe, manufacturers are at different stages of the journey towards Industry 4.0. Yet while most firms recognise the benefits of adopting advanced technology in their operations -- from efficiency savings to increased production quality and reduced downtime -- some have been slow to take the plunge. In Canada, a recent survey of 251 company owners and senior executives by PLANT Magazine and BDO Canada LLP found that almost 90% recognise that technologies such as digital, automation, the cloud and AI help them compete globally. Most of the companies involved in the survey are small, with more than half employing fewer than 50 people and/or generating revenue of less than C$10m (€6.5m) a year. Almost two thirds acknowledged that smaller operations have the most to gain from Industry 4.0. However, they are lagging behind their bigger competitors in adopting new industrial tech. For example, just 24% are using the Industrial Internet of Things (IIoT) to gather and a
Read more